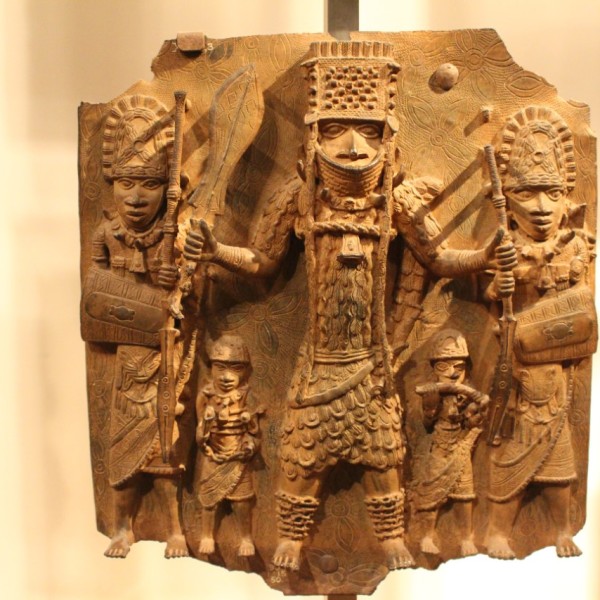 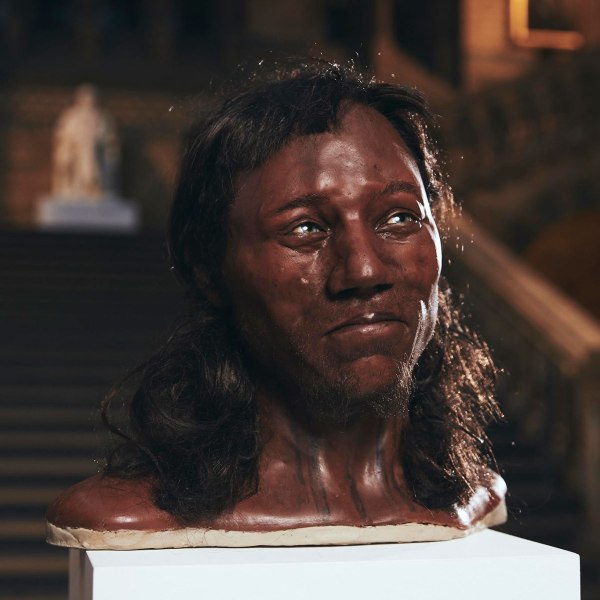 Down in the basement exhibition known as ‘Africa’ in the British Museum lies the treasure that are the cast iron plaques of Benin. Observed by the throng of tourists that file through the museum doors every day they tell a story of palace life, ritual and cultural identity. Sourced from Benin City, located in modern day Nigeria, dating back to the 16th century. Some have been damaged through lack of care or nails driven through to hold them in place. Despite this the bold African features combined with intricate, delicate details gives this piece a predominant place in the history of African art. Wildlife, weapons, boys, warriors and faces that are now lost to history, depict a way of life that was disrupted when the west, specifically Britain, arrived. 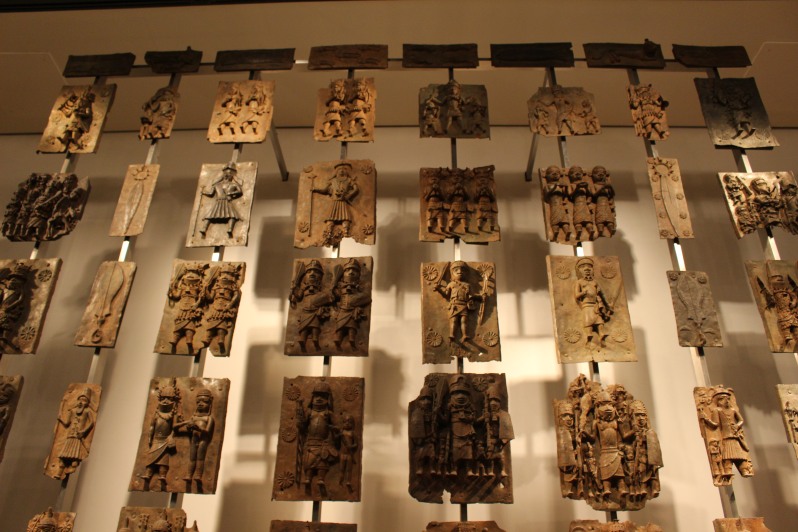 Benin itself has been a powerful presence in West Africa since at least the 13th century. During the 15th century merchants from Portugal, Holland, England, France, Germany and Spain all conducted trade with the kingdom of Benin, solidifying Benin’s place in global history. For centuries this trade continued and the coast of Benin became part of the Atlantic slave trade. Their golden days however were not to last as the Oba’s (kings) began to lose control of their people and the threat of British empire loomed. Eventually in 1897 the British sent soldiers into Benin, where they burnt the ancient city to the ground and it subsequently became part of the British empire. However the art of Benin, the brass plaques and sculptures, were given to the soldiers to sell or do with as they saw fit. The result was the exposure of West African art to the west and the loss of a visual representation of an ancient cultural identity. 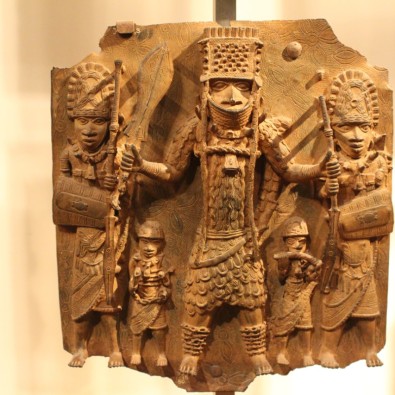 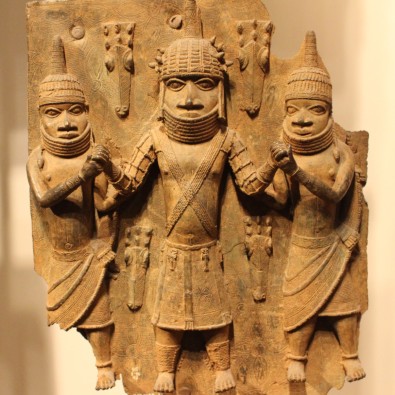 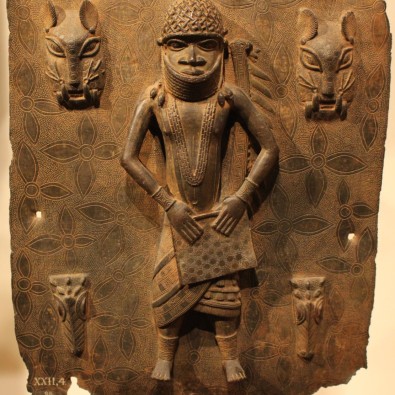 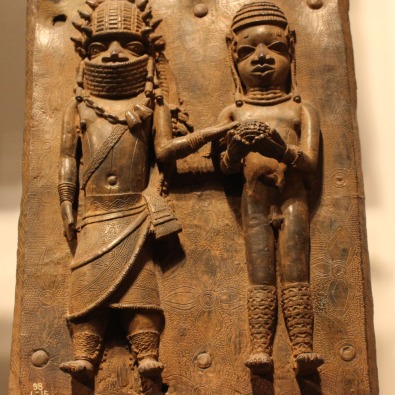 Benin City was in itself a treasure trove of art and culture which contradicted western assumptions on Africa and the people who occupied the continent. It was a vast and powerful kingdom with its own strong visual cultural identity. While only a fraction of its art remains, its presence continues to intrigue and inspire. The history of Benin and its art unveils a small part of the history of Africa before colonisation and subsequently slavery. It is a significant contribution to the history of art and one that the African diaspora should celebrate. It is another piece of the puzzle in revealing our history before slavery.

It is my aim to encourage your own research as I do not claim to be an expert on this subject. To read and research more on the art of Benin, please use the following links below, it can also be viewed in the British Museum, London.

You can purchase ‘The Art of Benin’ here: